Add GAMEZZ to your bookmarks, click Ctrl + D or in the address bar

The logic puzzle for two Othello (aka Reversi), invented in Great Britain back in 1880, is still in great demand, but now also among Internet users.

At GAMEZZ Online, you can play your favorite browser-based puzzles with different people from all over the world, or together with a certain person. The rules posted on the website, a brief video review, and the opportunity to play a game Othello with a computer will help you:

Do you want to improve your skills at Othello or just have a nice time? Register on the website, find rivals, and play free Reversi online with your computer or phone. 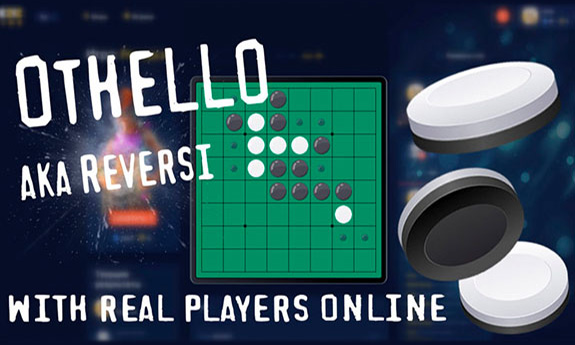 Othello (Reversi) is a chess-and-checkers-related game for two members, where participants are given an 8 by 8 square board. One participant leads with white chips and the other one with black chips.

The goal of each player is to make such a lead in order to be able to block a number of chips of the second participant on both sides: vertically, horizontally, or diagonally. If you manage to do this, the opponent’s chips go to the participant who led.

The game is considered to be completed in two cases: either when all the chips are put on the field, or when none of the participants has valid leads.

What did you dislike? close