Battleship is a popular logical clicker game familiar to many people since childhood in its classic variant: on simple paper sheets. On GAMEZZ Online you can play Battleship with your friends over the network getting:

The free Battleship mini game for two players is a great opportunity to have a good time with a friend. Improve your visual memory and train attention concentration with games by GAMEZZ Online. If you know how to play Battleship and like it, then let’s play right now! 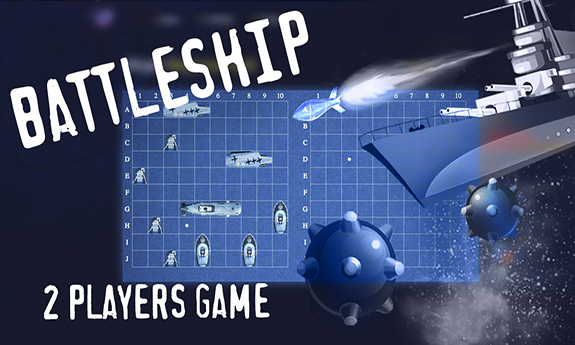 The rules of the Battleship game

The point of the game is a battle of the opponents on two square grids sized 10x10 squares each. If you’re a rookie or forgot the rules then learn how to play Battleship from the information below.

The aim of the game is to sink all the ships placed in the opponent’s field during the battle.

The rules of ship arrangement

The listed ships are arranged automatically on a random scheme. The ships can be placed vertically and horizontally, and a distance of at least one square is kept between them.

The course of the game

It should be taken into account that there is no optimal algorithm of playing Battleship or strategy of seeking for the opponent’s ships: here you rely mostly on luck. Yet, knowing the number, types and rules of arrangement of the ships, in certain situations of particular games you can elaborate tactics that will lead you to victory!

The game is considered over only when one of the players has destroyed all the 10 ships of their opponent. ×

What did you dislike? close