Nard is an ancient game that originated in the East more than 5,000 years ago and still does not lose its popularity, including among fans of the online version.

The most popular game among the players was Nard and the GAMEZZ Online platform offers a completely new look at the game that everyone loves:

Do you want to play Nard with real people right now? Get a simple registration and show your skills to the whole world! 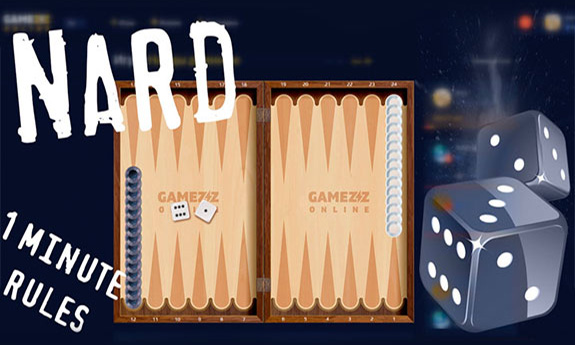 Nard is another popular game for two persons. It takes place on a rectangular field, divided into two identical parts. In addition to the board, the following is also required for the game: 2 pairs of dice, 15 black and 15 white checkers.

The goal of the game is to bring checkers to your own home and take them out of the board before the opponent.

The winner of the game is the one who first made all his/her checkers outside the playing field.

×
What did you dislike? close