The classic Spider Solitaire (one suit) is the easiest version for this solitaire. The old card game is still very popular, especially its electronic version.

At GAMEZZ Online, you will find:

Do you need to escape from everyday worries or just relax? Register on the website right now and play Spider Solitaire with one suit for free online. 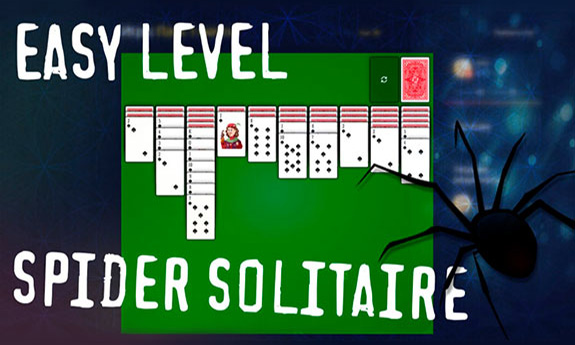 One-suit Spider Solitaire is one of many popular varieties of simple solitaire games. For the layout, 104 cards of the spades suit of all orders are used.

The goal of the game is to arrange all the cards in order, completely clearing the table.

The game is considered to be fully completed when all the cards on the playing field are arranged in a chain – from the lowest to the highest one. ×
What did you dislike? close